To share your memory on the wall of William Schwake, sign in using one of the following options:

Receive notifications about information and event scheduling for William

We encourage you to share your most beloved memories of William here, so that the family and other loved ones can always see it. You can upload cherished photographs, or share your favorite stories, and can even comment on those shared by others.

Billie and Dennis and Albedt Hoelscher sent flowers to the family of William E. Schwake.
Show you care by sending flowers

Posted Aug 29, 2020 at 01:04pm
To Bill and his family. I worked with Bill at Plantation - I was a line supervisor and he was one of the maintenance men in my area. I only wish I had kept better touch with him through the years. He was one of the best memories. So many times we worked so hard, laughed through the pain and difficulties. I remember his pleasant smile, helpful personality, and he was a father figure to me in my mind. He reminded me of my own dad and was a jack of all trades. I missed him then when he left and all those memories came back instantly when I saw his obituary in the paper. As a single mother and someone who worked more hours with coworkers than with family to make a living back then, he still remains a bright memory and he will be missed a remembered always.
Rest in peace Bill! Prayers and comfort to your family.
From: Dalores Denke-Pender-Paar, formerly of Riesel, Bellmead, and now Robinson.
Comment Share
Share via:
M

Posted Aug 29, 2020 at 10:01am
reg and family, So sorry for your loss. Mie told me how talent your day was. Prayers are for you and your family.
Thinking of you
Mary Jane (Ayers) Dennis ( Mike Ayers mom)
Comment Share
Share via:
TN

Posted Aug 28, 2020 at 04:33pm
Sending love and prayers for the Schwake family. May the Lord give you comfort and strength now and in the days ahead.
Love you sweet Becky !
Tami Nehring
Comment Share
Share via:
PZ 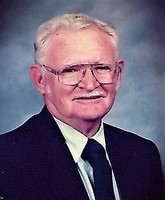