To share your memory on the wall of Wesley Pursley, sign in using one of the following options:

Dub was born May 22, 1926 to Willis and Etta Speaker Pursley, near Mt. Calm, TX. He joined the US Navy in 1944 during World War II, serving in Okinawa and Iwo Jima. After discharge, Dub worked at Rocketdyne in McGregor. He then went to school for heating and air-conditioning and began working at Fort Hood where he worked for 22 years. He married Esther Thompson and they enjoyed 50 years of marriage until her passing in 2006. Dub enjoyed playing dominos and working in his vegetable garden.

Dub was preceded in death by his wife, Esther; son, Harold Williams; and eight siblings
.
He is survived by his granddaughters, Janie Williams, Tina Williams and Gina Williams; sister, Evelyn Haught, five great-grandchildren; along with many nieces and nephews.
Read Less

Receive notifications about information and event scheduling for Wesley

We encourage you to share your most beloved memories of Wesley here, so that the family and other loved ones can always see it. You can upload cherished photographs, or share your favorite stories, and can even comment on those shared by others.

Posted Nov 18, 2020 at 06:42pm
My deepest condolences to you all. I am grateful to have known such a loving, genuine, and caring man like papa.

Flowers were purchased for the family of Wesley Pursley. Send Flowers 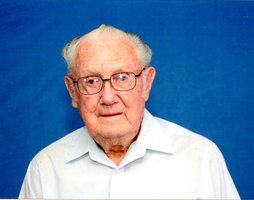