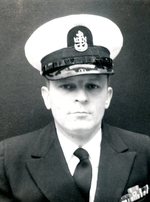 A graveside service will be held at 10 a.m., Wednesday, October 14, at Waco Memorial Park. Visitation will be from 5 to 7 p.m., Tuesday, October 13, at Pecan Grove Funeral Home.

Wayne was born in New Garden Chester, Pennsylvania, March 16, 1935 to Norman and Ruth Sharpless.
Wayne joined the US Navy at the young age of 16.
Wayne was Retired Chief US Navy.

He served during the Korean War.
He served three tours in Vietnam including the
Brown Water Navy in Vietnam patrolling the Dasac River, Vinh Te Canal and supplied advance tactical support bases at Vinh Te and Vinh GHA
He will be greatly missed by his friends and family and all who knew him.