To share your memory on the wall of Stephen Campbell, sign in using one of the following options:

Steve was born February 5, 1950, in Cleburne, TX, to Harley J.T. and Sibyl Hall Campbell. He and his family moved to Waco when he was six months old. On November 4, 1972, he married Lynda Haden. After they married, he moved to Dallas and worked as a programmer for Lone Star Steel. After 13 years, they moved back to Waco where he retired from Huck in 2006. He then worked one year at L3 before he retired for good and he and Lynda bought a restaurant in Lake City, Colorado and operated it for 10 summers. Until his illness, He worked at Centex Dental Lab. Steve loved his family deeply. He and Lynda went to all extracurricular activities his two daughters and six grandchildren were involved in, including countless drill team events, baseball and softball games. He enjoyed bowling and golfing in his spare time. Steve was a longtime member of Meadowbrook Baptist Church where he served as a Deacon and was on the church’s media team; he was always willing to help out at the church whenever they needed him. He was a kind and loving man who touched the lives of those that knew him. He was greatly loved and will be missed.

Steve was preceded in death by his parents, Harley and Sibyl Campbell; his mother and father-in-love, Bud and Tommie Haden; along with his grandparents, grandparents-in-law, and many other family members.

Special thanks to the MICU team at Hillcrest for their love and support throughout Steve’s stay.
Read Less

Receive notifications about information and event scheduling for Stephen

We encourage you to share your most beloved memories of Stephen here, so that the family and other loved ones can always see it. You can upload cherished photographs, or share your favorite stories, and can even comment on those shared by others.

The Honea Family & The Sims Family and Justin & Brandy sent flowers to the family of Stephen Douglas Campbell.
Show you care by sending flowers

Posted Oct 20, 2020 at 12:04pm
So sorry for your loss Lynda. Steve was a wonderful man and fun to be around. Loved bowling with you’ll. Love to you and the girls. Judy Patrick
Comment Share
Share via:
SS

Posted Oct 20, 2020 at 11:34am
Lynda and family,
Our thoughts and prayers are with each of you during this difficult time. Today and always, may loving memories bring you peace, comfort, and strength. May God bless you in the coming days.

Posted Oct 19, 2020 at 10:48pm
Our deepest condolences are with you and your family. Amanda, Uriah, Coby and Lottie

Flowers were purchased and a memorial tree planted for the family of Stephen Campbell. Send Flowers

We are deeply saddened. You and the girls and all your family are in our prayers. To know Steve was to love him. He always had a kind word and always brightened our day. Truly a beautiful soul.
Much Love,
Larry and Judy Hull and family
Comment Share
Share via:
TF

The Honea Family & The Sims Family

Posted Oct 19, 2020 at 12:53pm
Wishing you peace to bring comfort, courage to face the days ahead and loving memories to forever hold in your hearts.

The Honea Family & The Sims Family purchased flowers for the family of Stephen Campbell. Send Flowers 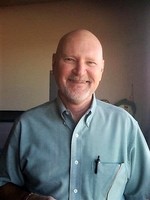 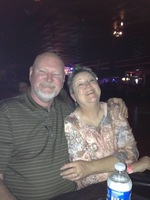 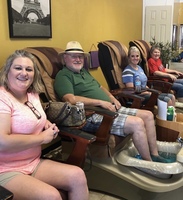 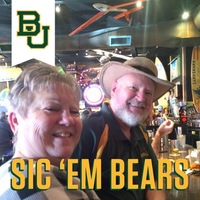