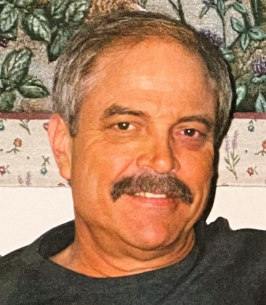 Ronnie McDaniels, 71, moved from this life to everlasting life Friday, May 13th, after a valiant fight with lung disease. There will be a visitation 5 to 7 p.m. Wednesday, May 18 at Pecan Grove Funeral Home. The family will have a private graveside service.

He was born January 17, 1951, in Waco, Texas to A.D. and Margaret McDaniels. Ronnie attended North Waco Elementary and after their family home was destroyed in a fire, they started over again in Speegleville where he attended school and then graduated in 1969 from Midway High School. After that, he attended the Waco JATC to become a licensed plumber and pipefitter with U.A. Local 529. He also was one of the first MCC graduates of paramedic training and drove an ambulance locally for several years. After working around the Central Texas area pipefitting, he took a break from service to become a disc jockey and manager of a local night club, Magic Music. He was very well known around town because this became a hot spot in Waco for college students and young adults in the ‘70s. Around 1983, he left the night club business to go back to full time pipefitting and finished his career with General Mechanical Services at M&M Mars. He never desired to retire, but his health would not allow him to continue. He loved his work and the camaraderie of being around all the guys.

Ronnie had a compassionate heart for those in need and lived by “love your neighbor as yourself.” He was a devoted husband and father and will be forever loved and missed until we meet again.

He was preceded in death by his parents, A.D. & Margaret; brother, Corkey McDaniels; nephew, Jarrell McDaniels; niece, Kim Sumerour; in-laws, Jim & Helen Saulters; brother-in-law, Robert Bohne; along with many other loved ones.

Special thanks to the compassionate ICU nurses (in particular, Ashley and Alex) that took such special care of him during his 17-day stay. We can’t thank you enough.

“Verily, verily, I say unto you, He that heareth my word, and believeth on him that sent me, hath everlasting life, and shall not come into condemnation; but is passed from death unto life.” John 5:24