To share your memory on the wall of Robert Connally, sign in using one of the following options:

Print
Robert Kelly Connally, 87, passed away Sunday, June 28, 2020 surrounded by his family at his home in Robinson. Graveside services will be Wednesday, July 1, 2020 at 10:00 A.M. at Rosemound Cemetery with Rev. Lester Adams officiating.

K... Read More
Robert Kelly Connally, 87, passed away Sunday, June 28, 2020 surrounded by his family at his home in Robinson. Graveside services will be Wednesday, July 1, 2020 at 10:00 A.M. at Rosemound Cemetery with Rev. Lester Adams officiating.

Kelly was born March 8, 1933 in Waco, and lived with his parents Carl and Hortense Diver in Bellmead where he got his first job shining shoes. He graduated from La Vega High School in 1951, and was soon enlisted into the US Army where he served in the Korean War.

In 1955, Kelly met the love of his life, Barbara Alice Birkes, and they married on June 18, 1955. For over 30 years, he worked at General Tire and Rubber Co. before working at M&M Mars. He then retired to enjoy his farm, raising cattle, and spending time with his family. Kelly never met a stranger, was a good friend, and provided well for his family.

To our Dad, Papaw, and Friend, you will be missed by your family and the numerous friends and coworkers that have been touched by your tremendous heart and fierce love.
Read Less

Receive notifications about information and event scheduling for Robert

We encourage you to share your most beloved memories of Robert here, so that the family and other loved ones can always see it. You can upload cherished photographs, or share your favorite stories, and can even comment on those shared by others.

Posted Jul 01, 2020 at 11:30am
I was fortunate enough to have Mr. Connally as my neighbor. I will miss our mailbox chats and the care you showed my family, Especially my children who are grown now. Thank you for being a wonderful person and neighbor. You will always be in our memory thoughts and prayers.
Barbara, JACOB and BRIE
Comment Share
Share via:
HS

Posted Jun 30, 2020 at 10:32am
We are praying the peace that passes all understanding will guard and comfort your hearts and minds in Jesus.

Flowers were purchased for the family of Robert Connally. Send Flowers

Posted Jun 30, 2020 at 09:13am
My name is Doris TOMLIN of Little River -Academy TX. I knew Kelley through his friend Margory Castellaw. We always enjoyed his company . Made us laugh a lot.
So very sorry for your lass. RIP Kelly. You will be missed.
Comment Share
Share via: 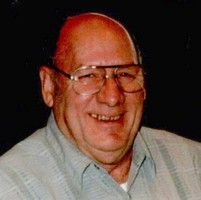