To share your memory on the wall of Richard Morris, sign in using one of the following options:

Richard was born August 15, 1933 in Temple, TX to Tom and May Morris. He was the youngest of six boys and big brot... Read More
Richard Henry Morris, age 86, slipped away peacefully on Tuesday, November 26, 2019 to join his wife Betty in eternity.

Richard was born August 15, 1933 in Temple, TX to Tom and May Morris. He was the youngest of six boys and big brother to two sisters. Richard and Betty Kathrine Wood were married September 26, 1955 in Temple and to this union were born three daughters: Joy, Kathy and Diane.

The Morris family moved to Corpus Christi, TX in 1960 where Richard worked for Rawson Drug in route sales. In 1970 Richard transferred with the company to Waco. After Rawson closed, Richard continued his career in route sales with Standard Coffee Service until his retirement at age 62.

Beyond the leisurely activities of fishing, camping, gardening, and his Wednesday night poker game, Richard enjoyed Texas Ranger baseball, Dallas Cowboy football, and had a special interest in Texas Tech and Baylor football. He also loved to watch the Lady Bears.

Richard was most proud of his title as Granddaddy to 16 whom he loved beyond measure. Though he would never name a favorite, at least one granddaughter claims that he loved her most. His legacy grew further to include 15 great-grandchildren and one great-great granddaughter. Richard's proudest moments were watching all his grands accomplish their goals and live their lives with happiness.

Richard was preceded in death by his wife of almost 60 years in 2015.

He is survived by brother Jack Morris and sister Mary Ann Almgren. Also left to cherish his memory are his daughters and their families: Joy & Larry Scott, Kathy & Herman Bell, and Diane & Jon Rose.
Read Less

We encourage you to share your most beloved memories of Richard here, so that the family and other loved ones can always see it. You can upload cherished photographs, or share your favorite stories, and can even comment on those shared by others.

Huerta family, Rita Norred, Doris Forrest, and the Murffs, and others have sent flowers to the family of Richard Henry Morris.
Show you care by sending flowers

Flowers were purchased for the family of Richard Morris. Send Flowers

Posted Nov 29, 2019 at 01:40pm
Uncle Red brought so much love and happiness to the lives of everyone who were blessed to have known him. He will be greatly missed!!!

Flowers were purchased and a memorial tree planted for the family of Richard Morris. Send Flowers

Posted Nov 27, 2019 at 06:12pm
Was a pleasure to know and be friends to Betty and Richard. Gone, but never forgotten. They were the BEST Gatekeepers are the Corp. of Engineer Parks. Always willing to lent a helping hand to those who in need. We enjoyed driving out to visit them, eating a meal, and sitting along side the campfire. A truly beautiful couple. Hugs to the family. Karen Farve
Comment Share
Share via: 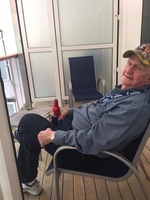