To share your memory on the wall of Pamela Prater, sign in using one of the following options:

Provide comfort for the family of Pamela Prater with a meaningful gesture of sympathy.

Print
Pamela Bell Prater, 63, of Hewitt left this earth for her heavenly home on April 14, 2020 after a lifetime of medical issues.

Pam was born to Buddy and Sondra Bell on December 18, 1956. She grew up in Hewitt and graduated from Midway. Sh... Read More
Pamela Bell Prater, 63, of Hewitt left this earth for her heavenly home on April 14, 2020 after a lifetime of medical issues.

Pam was born to Buddy and Sondra Bell on December 18, 1956. She grew up in Hewitt and graduated from Midway. She worked in childcare until she married the love of her life, Dale Prater, on September 6, 1993.

Pam was preceded in death by her husband, Dale Prater; her dad, Buddy Bell; nephew, Chantz Bell; and her grandparents.

In lieu of flowers, memorials can be made to the City of Hewitt Fire Department, Hewitt Community Church, or Community Healthcare of Texas - Providence Hospice.
Read Less

Receive notifications about information and event scheduling for Pamela

We encourage you to share your most beloved memories of Pamela here, so that the family and other loved ones can always see it. You can upload cherished photographs, or share your favorite stories, and can even comment on those shared by others.

Posted Apr 23, 2020 at 11:40am
All of us at Community Healthcare of Texas ( Providence Hospice) wish to extend our most sincere condolences to the family of Pam. She was a joy to know. Thankyou for giving us the privilege of providing care and support to her as she bravely battled with physical ailments. She is now in her new body and singing loud and strong. May you, Miss Sondra, know the absolute peace and comfort that God offers. May you cherish many memories to encourage and cheer you in the days ahead.
Chaplain Danny Tomlinson
Comment Share
Share via:

Posted Apr 16, 2020 at 11:09am
Pam, goodbye dear friend until we meet again and continue our wonderful fellowship. You will always be remembered. Your friends, Ken/Betty Orton
Comment Share
Share via:
LC

Posted Apr 16, 2020 at 10:28am
Our hearts go out to you and your family. Know that we are honoring and remembering Pamela Prater. We wish you peace and comfort during this time. 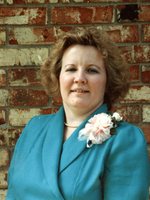