To share your memory on the wall of Mickey Magee, sign in using one of the following options:

Provide comfort for the family of Mickey Magee with a meaningful gesture of sympathy.

Mickey was known all over Waco as the best mechanic around. His hobby was building beautiful street rods and taking them to car shows. He had a love for cars as well as NASCAR and most other drags races. Mickey could repair anything, create anything, use anything and could diagnosis a car’s problem by just listening to it. He was a fantastic bowler who had several sanctioned 300 games. As his health began to decline, he could no longer work like he wanted, but he never lost the love for the hobby he so enjoyed.

Mickey was a loving father to 3 daughters, Sandy, Tammy and Penny. When they were younger, he built a house complete with a riding arena. His girls loved horses and he wanted them to have a place to ride.

Mickey met Melva Boyter in 1981 through a family member and they were married on December 4, 1982. Mickey became a stepfather, but more like a father, to Melva’s two sons, David and Stephen. He would attend football games and sporting events the boys were involved in, even if they were out of town. Mickey encouraged David’s passion for cooking by building him a food truck and taught Stephen his mechanical ways. Mickey and his Uncle Bill Magee owned Magee Automotive where he worked on half of Waco’s cars. It is also where he worked side by side with Hilbert Lopez, his very best friend.

We encourage you to share your most beloved memories of Mickey here, so that the family and other loved ones can always see it. You can upload cherished photographs, or share your favorite stories, and can even comment on those shared by others.

Courtney Boyce, Morris & Janet Christian, and others have sent flowers to the family of Mickey Don Magee.
Show you care by sending flowers

Posted Feb 14, 2020 at 01:54pm
if gods got any hot rods to fix he now has the best hot rod builder in the house-he will be missed.
Comment Share
Share via:
CB

Posted Feb 13, 2020 at 11:57am
Rest in peace, Mickey. Condolences to his loved ones. Mickey was our family mechanic "car surgeon" for years. I fondly remember stopping by his shop just to say hi on Saturday's after Dad took us to Jack & Jill for donuts. Kind man, generous to our family and his obituary is spot on...he knew everything there is to know about anything mechanical. Nancy Starnes Glasscock
Comment Share
Share via:
HS

Flowers were purchased for the family of Mickey Magee. Send Flowers

Posted Feb 12, 2020 at 12:17pm
Our thoughts & prayers are with you today. You have our deepest sympathy during this very difficult time. God Bless you all. 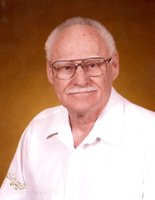 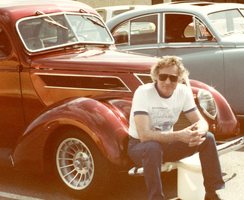