To share your memory on the wall of Michael Andre, sign in using one of the following options:

Born and raised in Massachusetts, the son of Acacio and Julia Andre, Mike relocated to Waco after meeting Shirley while stationed at James Connally Air Force Base. They were married in 1963, and Mike showed a life-long devotion to taking care of Shirley.

After graduating from Cathedral High School in 1961, he joined the Air Force and was honorably discharged in 1965. He went to school at MCC, earning an Associate of Arts degree. Over a long career, he worked for several companies in various roles, including T-Shirts Plus and Fab-Knit Manufacturing before ultimately retiring from Oak Farm Dairies in 2013.

Mike had a passion for animals and taking care of his family. He was loved by many, and will be deeply missed.

Friends are invited to attend a memorial service that will be held on Thursday, February 20, 2020 at 10:00AM at Pecan Grove Funeral home located at 3124 N Robinson Dr., with Pastor David Cozart officiating.
Read Less

We encourage you to share your most beloved memories of Michael here, so that the family and other loved ones can always see it. You can upload cherished photographs, or share your favorite stories, and can even comment on those shared by others.

Stephen, Melissa, Cory and Stephany Boyter, Melva Magee, Sandy, Tammy and Penny, and others have sent flowers to the family of Michael Acacio Andre Sr..
Show you care by sending flowers

Posted Feb 18, 2020 at 08:10pm
Please accept our most heartfelt sympathies for your loss... Our thoughts are with you and your family during this difficult time.

Posted Feb 18, 2020 at 08:51am
I worked with Mike at Fabknit and he was always very friendly and a loyal employee. My thoughts and prayers go out to the family.

Thank you Jan, we appreciate your message. - Jon Andre
MP

Posted Feb 15, 2020 at 05:29pm
Mike was a lovely man, and he always made me feel welcome. I count myself as lucky to have known him, and I know he will be missed by many.

Chelsea purchased flowers and planted a memorial tree for the family of Michael Andre. Send Flowers 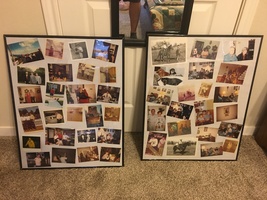