To share your memory on the wall of Marshall Maas, sign in using one of the following options:

We encourage you to share your most beloved memories of Marshall here, so that the family and other loved ones can always see it. You can upload cherished photographs, or share your favorite stories, and can even comment on those shared by others.

Posted Nov 07, 2019 at 09:26am
Audrey & Jennifer, May God bless you both with peace and comfort. We are so sorry for your loss. Our thoughts and prayers are with the whole family

Posted Nov 04, 2019 at 03:38pm
Love and prayers to you all, “uncle” Marshall was one of a kind for sure and loved by so many. I will cherish the memories for sure and miss him so much. I would tell you to Rest In Peace but I know better so I will say so long for now until we meet again uncle save me a Pepsi and a honey bun.
Comment Share
Share via: 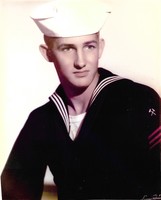