To share your memory on the wall of Judy Hensley, sign in using one of the following options:

Judy was the youngest of five children growing up and lived most of her life in Waco. She attended University High School. Judy retired from Spenco Medical Corporation and later from Valero in Robinson. She enjoyed sewing and crocheting and would make some of the prettiest doilies and table clothes. She enjoyed her John Wayne and Elvis Presley movies and collectibles. She and Harvie knew each other at a young age and she often said that she chased Harvie up a tree. They reconnected years later, and he became the love of her life. They spent 48 wonderful years together, through life’s ups and downs and their love and faith in GOD made their marriage even stronger. She was immensely proud of her children and grandchildren and the accomplishments they made in their life. She was supportive of them and would attend their school functions and even helped in the concession stands at the football games while her kids were in the band. She became Mama Judy to several ‘adopted kids’ that were friends of her children. She reaffirmed her faith in Christ when her daughter and son-in-law, Rene’ and Billy, began attending Beacon Hill Baptist Church. Shortly thereafter, 3 other family members joined the same church. She enjoyed the fellowship of the church and hearing the special music of the choir, the Cantatas and special music groups that would attend. She enjoyed being with her lifelong friends, whether it be sitting on the tailgate of the truck until the wee hours of the morning trying to solve the world’s problems, going out to have lunch or long conversations on the phone.

She is survived by her husband of 48 years, Harvie Hensley of Robinson, daughters Rene’ Perkins of Waco, Melanie Peterson of Robinson and son H. D. Hensley of Robinson, brother Louis Charles Bayer of Waco, her ‘sis-co’ Gerry Tilary-Bayer of Waco, sister-in-law Dorothy Alquinson of Waco and brother-in-law Billy Chapman of Mexia. Her ‘adopted’ kids whom she loved and treated as if they were her own, Michelle Chinn of Waco, Theresa Dillon and husband Matt of Robinson, Tami Russell and husband Patrick of McGregor, Robert ‘BJ’ Bardin and wife Roberta of Temple, Jon Krupa and wife Becky of China Spring. Grandchildren Amelia Peterson Booth and husband Eli of Corpus Christi and John Peterson of West. Her grand-furbabies Rex and Angel, great grand-furbabies Drax and Panda. Lifelong friends Diana Bowdoin, Diana Wiethorn, Cheryl Courtnier, Connie Fischer and Marsha Owens, numerous family and friends.

The family would like to thank the Robinson VFD, AMR Ambulance, and staff of Hillcrest Hospital for the care of Judy this past month.

The family asks that in lieu of flowers, please make donations to Beacon Hill Baptist Church.

Although our hearts are broken, we take comfort in knowing you are healed and walking with the Lord our Savior and will now be our guardian angel. Until we are together again, we love and miss you!
Read Less

Receive notifications about information and event scheduling for Judy

We encourage you to share your most beloved memories of Judy here, so that the family and other loved ones can always see it. You can upload cherished photographs, or share your favorite stories, and can even comment on those shared by others.

Posted Sep 30, 2020 at 07:45pm
Such a sweet God fearing lady. Your rewards will be great in Heaven. May life's memories give you comfort until you see her again.
Lou Anne Blake Nichols
Comment Share
Share via: 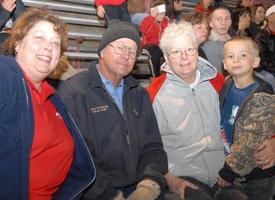 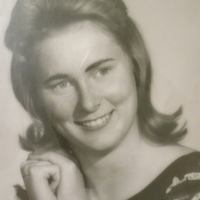 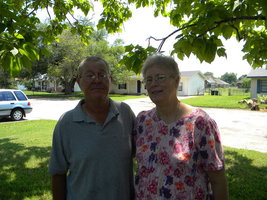