To share your memory on the wall of Johnnie Holick, sign in using one of the following options:

Receive notifications about information and event scheduling for Johnnie

We encourage you to share your most beloved memories of Johnnie here, so that the family and other loved ones can always see it. You can upload cherished photographs, or share your favorite stories, and can even comment on those shared by others.

April and Jason Ruen and The Kinder Morgan Tax Department sent flowers to the family of Johnnie Milton Holick.
Show you care by sending flowers

Posted Mar 17, 2020 at 09:19am
Johnnie and his family were our next door neighbors on Trice ave in the 50's and 60's. What a treasure his care and compassion were for the families in our little part of Waco. Many fond memories! Peace and love to Della, Jerry, and Darrell. Charlene Johnson
Comment Share
Share via:
ES

Posted Mar 15, 2020 at 02:26pm
Johnnie and I became friends through our membership in EAA Chapter 59. On Thursdays, we were usually the earliest arrivals at our lunches and would sit together and talk airplanes before anyone else showed up. Some times, we'd be there for almost a half-hour waiting for the rest of the crew to make their entry into the hangar. In the last few months, our talks centered around his plans for the new RV-3 that was going to be his solo toy to tear up the skies over Waco and McGregor. My Thursday lunches won't be the same without him around and I'll miss his friendship very much.

Posted Mar 15, 2020 at 09:30am
Remember that we love and care about you, remembering our good times and love shared with your Family....

Flowers were purchased for the family of Johnnie Holick. Send Flowers

Flowers were purchased for the family of Johnnie Holick. Send Flowers 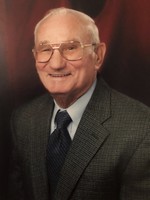