To share your memory on the wall of John \"Red\" Reeves, sign in using one of the following options:

John was born to parents John Monroe Sr. and Marjorie Reeves, on February 19, 1946 in Houma, La. He graduated from Irving High School and received a certificate from Local Union 100 Plumbers and Steamfitters and worked as a Pipe Fitter traveling all over Texas until he retired.

He was preceded in death by his parents John Monroe Reeves Sr. and Marjorie and his niece Casie.

John was known as “Red” to those that loved him. A quiet gentle soul that always let you know what he was thinking when the time was right. He had a very sentimental heart, loved being outdoors and all animals. His wife of 54 years was the light of his life. He always said he got the best when he got her. He was a devoted husband and father and loved when his little “chitlens” grandchildren were with him.
Read Less

Receive notifications about information and event scheduling for John "Red"

We encourage you to share your most beloved memories of John "Red" here, so that the family and other loved ones can always see it. You can upload cherished photographs, or share your favorite stories, and can even comment on those shared by others.

David Renfro family, Brian & Tammy Royal, and other have sent flowers to the family of John "Red" M. Reeves Jr.
Show you care by sending flowers

Posted Oct 02, 2020 at 09:13am
Deana, even though I did not know John, I always heard wonderful things about him. As you go through this trying time, please know that you and your family are in my thoughts and prayers. "Death leaves a heartache that no one can heal. Love leaves a memory that no one can steal." John is now another angel in heaven.
Carol Penoli
Comment Share
Share via:
BR

Posted Oct 01, 2020 at 10:36pm
Our thoughts and prayers are with you. I still remember when Dad and Johnny worked in Florida together and we spent the summer there. Great memories

Posted Oct 01, 2020 at 01:16pm
This sweet man was like a dad to me and treated me like his daughter. He was sweet, funny, loving and beyond all that accepting of me without judgement. I am forever blessed our lives were intertwined because my life was better with him in it. I'll miss and love you always dad...xoxo❤
Comment Share
Share via:
JR

Posted Oct 01, 2020 at 10:19am
When my family first moved across the street from John, I borrowed paint brush from him. He said(you better bring that back nice and clean) and let me tell you it was. Friends for life fir sure!!
Comment Share
Share via: 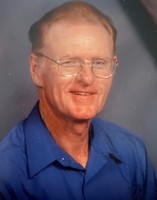