To share your memory on the wall of James Vorderkunz, sign in using one of the following options:

Receive notifications about information and event scheduling for James

We encourage you to share your most beloved memories of James here, so that the family and other loved ones can always see it. You can upload cherished photographs, or share your favorite stories, and can even comment on those shared by others.

Posted Aug 07, 2020 at 10:19am
Jim was a great guy with a big smile and gentle spirit...and a good friend. I always loved conversation and story telling with him at the woodcarving events.  He used to make the slotted wheels that the Old Texas Woodcarvers shop sold.  His presence will be missed.
Dallas and Donna Deege
Comment Share
Share via:
DZ

Posted Aug 07, 2020 at 12:50am
Tom, Melinda and all,
You are in our thoughts and prayers and always in our hearts.
God be with you,
James and Donna Zemanek
Comment Share
Share via:
HS

Posted Aug 06, 2020 at 02:20pm
Wishing you peace to bring comfort, courage to face the days ahead and loving memories to forever hold in your hearts. Love, Your Brandt Family

Flowers were purchased for the family of James Vorderkunz. Send Flowers

Posted Aug 05, 2020 at 03:58pm
It was so wonderful to the fun trip to Mt Rushmore. I have a cute little frog on my window and s woodwork piece. One of the best
Comment Share
Share via:
J

Posted Aug 03, 2020 at 05:53pm
Our deepest sympathy to all the family. Many wonderful memories we have of all the family at many church services and other activities. Jim loved those 42 games and other games too. Always a joy to be around. The world was a better place with him in it. He will be missed. Our Love Gordon and Julia Ledford
Comment Share
Share via: 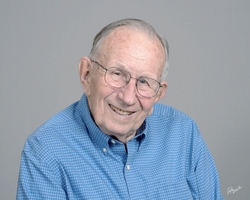