To share your memory on the wall of Jack Morris, sign in using one of the following options:

Receive notifications about information and event scheduling for Jack

We encourage you to share your most beloved memories of Jack here, so that the family and other loved ones can always see it. You can upload cherished photographs, or share your favorite stories, and can even comment on those shared by others.

Posted Aug 09, 2020 at 07:02pm
I wish I had the right words, just know that I care. I first met Jack at Reicher High School 1969. He told me then that he played guitar. Yes he did. When I heard him play Sunshine of your Love and Jimi Hendrix "Purple Haze" I knew then we would be friends forever. Jack, don't you dare catch all them Crappie. Save me a few ,ok, buddy.
Comment Share
Share via:
MT

Posted Aug 05, 2020 at 05:35pm
Many prayers to you Bettye and the family for healing in the coming days. I have fond memories of you and Jack at the flower shop. He was a funny guy. I enjoyed being around him. Much love to you. Marilyn Turner
Comment Share
Share via:
W

Posted Aug 04, 2020 at 09:44pm
Jack Morris was "The Master of Ceremonies " when it came to a Texas Style get together>> He always had it going on How to do it>> Food Music Good Company & Most of all How to make a Celebration SPARKLE!!
Loved his Guitars and Ironically Charlie Daniels and Jack went to the Big Party in the Sky in the same month>>
Jack a Country Rock fan Loved to Play on his version of "Long Haired Country Boy"
>>> Well OK >> Jack & Charlie Jamming with Jesus now>>>
See Ya on the next Edition of
"Rocking with the J Man at the Pearly Gates" 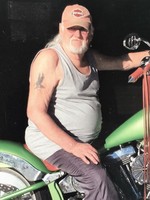