To share your memory on the wall of Ivan Storer, sign in using one of the following options:

Buddy was born to Ivan Harold Storer, Sr. and Viola Stinnett Storer in San Angelo, Texas on April 13, 1929. He attended schools in California, Corpus Christi and Waco, Texas. He graduated in 1947 from Waco High School.

While playing college football at Laredo Junior College, he met a cute cheerleader named; Geraldine (Gerry) Starnes and they were married on March 4, 1950. Buddy and Gerry recently celebrated their 70th wedding anniversary in March.

Sports played an important part in Buddy’s life. He played football and baseball in high school and college. While playing for the Calvert, Texas Fast Pitch Softball Team, his team won the 1951 World Championship and Buddy was selected as an All American Outfielder. Buddy enlisted in the Marine Corps and served from 1951-1954. During this time, he played football and baseball for the Marines. He received an invitation by the Chicago Bears to come to their training camp.

In lieu of flowers, please donate to your local food bank.
Read Less

Receive notifications about information and event scheduling for Ivan

We encourage you to share your most beloved memories of Ivan here, so that the family and other loved ones can always see it. You can upload cherished photographs, or share your favorite stories, and can even comment on those shared by others. 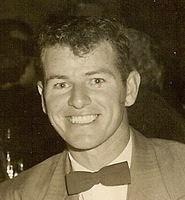