To share your memory on the wall of Helen Randolph, sign in using one of the following options:

Helen was born on June 28, 1941, in Waco, to Fred and Bertha Strauch. She grew up in Malone and graduated from Penelope High School. Helen met the love of her life, Henry Randolph (from Chalmette, Louisiana) while attending Concordia Lutheran College in Austin. They were married on August 6, 1961, in Malone. Helen taught school in Decatur, Indiana for a short while and after returning to Texas, she taught at St. Mark Lutheran School in Waco. Helen loved children and was surrounded by them her entire life. She and Henry served as foster parents for nearly 60 years, and during that time, they were “Mom and Dad” to more than 250 foster children. Helen also gave birth to four children, and she and Henry expanded the family with four more. All eight Randolph children felt that they were especially blessed – because through the years, many, many foster children called Helen “Momma” for a short while, but the Randolph siblings knew Helen as “Momma” for their whole lives. Helen loved cooking for Henry and her children and grandchildren, and she loved hearing everyone tell stories about their work, school, church, and the various activities in which they were involved. Helen was a faithful member at St. Paul Lutheran Church in Bellmead, and after illness confined her to bed, she continued to worship by watching the live-streamed services with Henry every Sunday.

She was preceded in death by her parents.

Receive notifications about information and event scheduling for Helen

We encourage you to share your most beloved memories of Helen here, so that the family and other loved ones can always see it. You can upload cherished photographs, or share your favorite stories, and can even comment on those shared by others.

Posted Jul 16, 2020 at 01:52pm
Memaw, some days I have to remind myself you are no longer here on Earth with us. It has been a little over 3 months since we lost you, and I think of you every single day. You showed all of us what it meant to be a family and to always stay close to each other. I will never forget our chaotic, family-packed (literally in the living room) Christmases that we celebrated on Christmas Eve together. You could see the joy in your heart light up on your face having your children and grandchildren all around you. I never knew someone could divide their heart into so many pieces for all of her family members, but you certainly did. I love you so much and miss you terribly. Love all of my family members.
Comment Share
Share via:
GL

Posted Apr 13, 2020 at 10:07am
So sorry for the passing of sweet Helen. She will always be remembered for her love and kindness God gave her a special and genuine heart to bring into the lives of those she served a love for Jesus Our love Julia (Schmedthorst) Ledford and Gordon Ledford and Darryl and Alyson
Comment Share
Share via:
AM

Posted Apr 11, 2020 at 03:27pm
Helen was very special to me and will be dearly missed!!! She always made me laugh and it was a pleasure to know her. ❤️🙏prayers and my condolences to all of her family

Posted Apr 11, 2020 at 02:14am
I am honored and blessed to have known Helen. She was truly a blessing. My heartfelt condolences.

Flowers were purchased for the family of Helen Randolph. Send Flowers 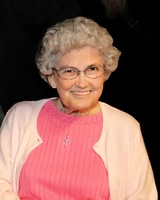 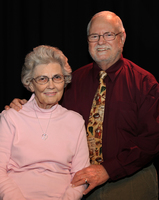 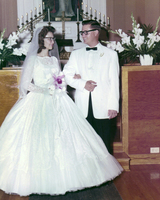 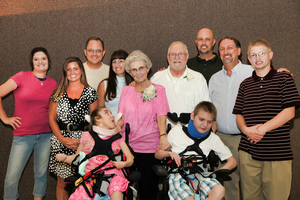