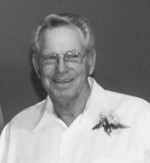 Harvey Walker passed away peacefully at home, surrounded by his loved ones on Wednesday, September 30th at the age of 81. Funeral services will be held at 10 a.m. Monday, October 5th at Pecan Grove Funeral Home, 3124 N. Robinson Dr., Waco, with Dr. Cary Killough officiating. Interment will immediately follow at Robinson Cemetery. There will be a visitation from 3 to 5 p.m. on Sunday, October 4th at Pecan Grove Funeral Home. In accordance with current regulations, seating is limited, face coverings and social distancing is required.

Harvey was born July 4, 1939 in Iredell, Texas to Floyd and Artie Lee Walker, who preceded him in death. He was one of twelve children. Harvey served as an infantryman in the U.S. Army. He enjoyed woodworking, furniture refinishing, knife making and spending time with his family.

He was preceded in death by his son, Michael Walker; grandsons, Jeremy Gamber and Justin Rhodes; life-long friend, Doug Liles; 5 brothers; and 2 sisters.

Special thanks to Bluebonnet Hospice for their compassionate care and to his niece, Deedee Morphis for her selfless service in his final hours.