To share your memory on the wall of Harold Gascamp, sign in using one of the following options:

Harold served his beloved church in many ways over the years including serving as Sunday School Superintendent and on the Board of Elders and various committees, teaching Vacation Bible School and Saturday Storytime and was very involved in the Hispanic ministry. For over 25 plus years of his later life he served as Church Secretary at St. Mark Lutheran Church.

After retiring from General Tire as a production scheduler, Harold earned an Associate of Applied Sciences degree in Audio Visual Production Technology from Texas State Technical College in Waco. Playing with automation, music, photography, and videography was a source of great joy for him.

Harold was preceded in death by his parents, Minnie and Henry Gascamp, and by his brother-in-law, Eugene Heckmann. He is survived by his former wife Eva FitzGerald; by his children Lisa and Lex Ready, and Damon Gascamp; and by his sister Joyce Heckmann; as well as by countless cousins, nieces, nephews, and friends.

Harold Henry Gascamp passed away this past Sunday afternoon, July 12, 2020. Now he lives for all eternity with his and our Father in heaven.

To God be all the glory!
Read Less

Receive notifications about information and event scheduling for Harold

We encourage you to share your most beloved memories of Harold here, so that the family and other loved ones can always see it. You can upload cherished photographs, or share your favorite stories, and can even comment on those shared by others.

Flowers were purchased for the family of Harold Gascamp. Send Flowers

Posted Jul 15, 2020 at 09:46am
Our deepest sympathy of the passing of Harold. We have very fond memories of him at St Mark and AAL meetings. Such a joy to be around. He loved his church and the people and was a dear servant for His Lord Our love and prayers. Julia (Schmedthorst) Ledford and Gordon Ledford and Jean Schmedthorst
Comment Share
Share via: 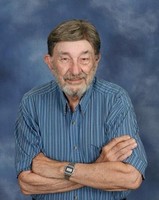