To share your memory on the wall of Elizabeth Miller Fabianke, sign in using one of the following options:

Bettye was described by everyone as the sweetest person they had ever met.
We love and miss you very much!
Read Less

We encourage you to share your most beloved memories of Elizabeth here, so that the family and other loved ones can always see it. You can upload cherished photographs, or share your favorite stories, and can even comment on those shared by others.

Roger,Barbra, & Mia, I love you man-Steve, and others have sent flowers to the family of Elizabeth Helen "Bettye" Miller Fabianke (Thornton).
Show you care by sending flowers

Posted Nov 22, 2019 at 03:24pm
To Bettye's Family and Friends. I am very sorry/sad to see/read about Bettye's passing!! She was a fun person to be around and work with at M&M Mars!! She worked in Production and I worked in Maintenance. She was a good person, and a good Christian Woman to be around!! Thoughts/Condolences/Prayers to each of you!! May GOD bless 'each' of you!! And please remember the good/fun times that we have had with Bettye!! Again GOD bless each of you!! Ronny Bredemeyer(25 years M&M Mars, Retired)!!
Comment Share
Share via:
RM

Posted Nov 22, 2019 at 10:58am
Bettye brought such joy to everyone who knew her. We will never forget her! Stan, may you be comforted by the love of friends and family.

Posted Nov 22, 2019 at 10:56am
Stan, May you be comforted by the outpouring of love surrounding you. Love the White's, Atwood's, Gann's and Prater's

I love you man-Steve purchased the Medium Dish Garden for the family of Elizabeth Miller Fabianke. Send Flowers

Posted Nov 22, 2019 at 09:58am
From Your Anixter family (config and business teams)- Our thoughts and prayers are with you during this difficult time.

Peaceful White Lilies Basket was purchased and planted a memorial tree for the family of Elizabeth Miller Fabianke. Send Flowers

Posted Nov 21, 2019 at 08:17pm
Please accept our most heartfelt sympathies for your loss our thoughts are with you and your family during this difficult time. 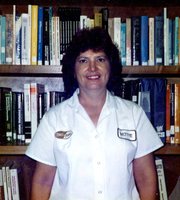 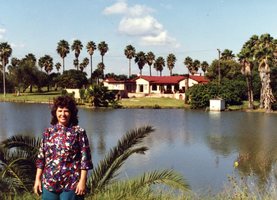