To share your memory on the wall of Elda McKenzie, sign in using one of the following options:

Print
Elda Mae McKenzie, 84, of Lorena went to be with her Heavenly Father, Tuesday, March 31st, 2020. The family will have a Celebration of Life at a later date.

Elda Mae was born July 2nd, 1935, in Waco Texas. She married the love of her lif... Read More
Elda Mae McKenzie, 84, of Lorena went to be with her Heavenly Father, Tuesday, March 31st, 2020. The family will have a Celebration of Life at a later date.

Elda Mae was born July 2nd, 1935, in Waco Texas. She married the love of her life Bobbie E. McKenzie, and traveled around the world for the United States Airforce. They loved square dancing and traveling to McAllen Texas for camping trips. She enjoyed crafts, raising her grandkids, playing cards with friends and her numerous Lorena women’s clubs that she attended. She was a member of the United Methodist Church of Lorena.

Receive notifications about information and event scheduling for Elda

We encourage you to share your most beloved memories of Elda here, so that the family and other loved ones can always see it. You can upload cherished photographs, or share your favorite stories, and can even comment on those shared by others.

Posted Apr 02, 2020 at 01:07pm
Elda was a very nice lady I enjoyed visiting with at church. I pray that God's love and the precious memories of your Mom will bring you all peace and comfort during this sad time.
Kind regards, Pam Cooper LUMC
Comment Share
Share via:
CP

Posted Apr 01, 2020 at 08:47pm
I enjoyed always talking with Elda and visiting with her whenever i could. I pray for the family to find peace at their time of loss.
May god give you comfort in knowing that he has prepared a place for Elda where there is no pain and all are made whole again.
Comment Share
Share via: 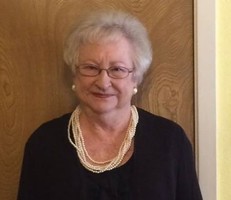