To share your memory on the wall of Dorothy Kuehl, sign in using one of the following options:

Dorothy was born to Edward C. and Emma Sophie Schmidt Sager on May 31, 1929 at Speegleville, Texas. The family moved to Waco in 1936 where she was reared and educated, graduating from Waco High School in 1947. She married John Henry Kuehl on August 2, 1947 and moved to Riesel where they made their home for many years. Shortly upon John’s retirement they gave up the farm life and settled into a new home and life on Tapley Street in Riesel where they entertained their kids and grandkids for many years. They relocated to Houston in 2010 to live near their family.

Dorothy was a lifelong Lutheran having been baptized, confirmed, and married at St. Mark in Waco. She later was an active member at Grace Lutheran in Mart, Texas, serving in the Women’s LWML, Sunday school, VBS and was part of the construction team which built the current parish hall. An avid genealogist and historian, she researched and wrote histories of churches in the Riesel area. Dorothy (alias) mom, also searched records and archives of the home town newspaper “The Riesel Rustler” for that town’s Centennial Celebration in 1981, beginning with the very early residents and businesses in the1890s, writing the book, “Where in the World is Riesel”. She also researched and wrote books on the genealogy for both sides of her family and on John’s family. Dorothy, and husband, John, loved to go camping and spent many pleasant hours reminiscing with lifelong friends.

She was preceded in death by her beloved husband of 63 years, her parents; brothers, Robert and William Sager of Ft. Worth, Irven Sager of Burleson; sister, Leona Nelson Ward of Waco; daughter-in-law, Cathy Kuehl of San Antonio; and beloved nephew, Edward Nelson of Hewitt, and dear friend and caregiver, Tonya Hamilton.

The family is grateful to longtime caregiver, Pam Shaw, for her love and care. The family would like to thank the Church of Christ in Champions for their love, support and friendships over the past ten years.

Receive notifications about information and event scheduling for Dorothy

We encourage you to share your most beloved memories of Dorothy here, so that the family and other loved ones can always see it. You can upload cherished photographs, or share your favorite stories, and can even comment on those shared by others.

Posted Sep 23, 2020 at 10:38am
I really loved Dorothy and John Henry and their entire family. Dorothy and I worked many elections together. She was so much fun to be around and she loved to talk as much as I did.lol. Of course I remember David from school and later I got to be friends with Jean, a very sweet person like her Mother. Also Jeannie was also so sweet. Didn’t know Robert too well but he was nice in school. Dorothy was a wonderful Christian woman, always happy and always working at something. May God bless you all. So sorry for your loss.

Posted Sep 22, 2020 at 09:08pm
I remember Dorothy and my Mom reliving several of their “good ole running around days” memories as couples. And boy did they have some stories to tell! Dorothy was one of the hardest working women I’ve ever known. I feel so blessed to have known her. May God give you peace and comfort during this difficult time.

Posted Sep 10, 2020 at 02:40pm
To the Kuehl Family Wishing you peace to bring comfort, courage to face the days ahead and loving memories to forever hold in your hearts.

Posted Sep 10, 2020 at 02:35pm
Our thoughts and prayers are with you. With deepest sympthay, the Jacksons, Weavers, McCalls and Chitwoods.

Flowers were purchased for the family of Dorothy Kuehl. Send Flowers 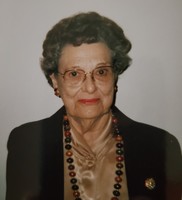