To share your memory on the wall of Donald Poston, sign in using one of the following options:

Don was a kind and loving son, husband, father, grandfather and great-grandfather. He enjoyed spending time with his family and friends. He loved playing volleyball with his friends in Riesel and also enjoyed going dancing. He was a passionate sports fan who played football and ran track in high school and watched all types of sports from his children and grandchildren’s school sports teams to college and professional teams. He was an avid hunter and loved to fish. However, he was happiest when working the ranch. He loved to plow and tend the cattle. He always said he felt close to the earth and God when he was on the ranch. Another of his passions was singing. He was blessed with a beautiful tenor voice that he shared with others by singing for numerous weddings, funerals, and graduations. He always loved singing God’s praises in church and sang in the church choir as well as offering many solo performances there to the glory of God. He performed his last public solo in his church just two Sundays before his passing.

Receive notifications about information and event scheduling for Donald

We encourage you to share your most beloved memories of Donald here, so that the family and other loved ones can always see it. You can upload cherished photographs, or share your favorite stories, and can even comment on those shared by others.

The Allens and Vahrenkamps and The Spencer Family sent flowers to the family of Donald Ray Poston Sr.
Show you care by sending flowers

Posted Jun 02, 2020 at 12:36pm
Sending our thoughts, prayers, and love to all of your family. We loved Mr. Poston and will always remember him and his great big smile very fondly.

The Allens and Vahrenkamps purchased flowers and planted a memorial tree for the family of Donald Poston. Send Flowers

The Spencer Family purchased flowers for the family of Donald Poston. Send Flowers

Posted Jun 01, 2020 at 01:54pm
Our deepest condolences to the Poston Family during this time. Mr. Poston was an amazing man and will truly be missed.

Flowers were purchased for the family of Donald Poston. Send Flowers

Posted Jun 01, 2020 at 12:10pm
Don, Jr. Greg, Joel, and Danny, and Families,
So very sorry to learn of your Dad's passing. So many fond memories of your folks and our volley ball gang in Riesel when you guys were in school there. You all had great parents that loved each and every one of you with all that they had within them.
Loved your Dad's sense of humor and his wonderful voice while singing the many solos or duets over the years. His fondness of anything Native American and I always wondered about some of the stories that he told us...were they true or not... Prayers and love to each and every one of you.
Dee Winter
Comment Share
Share via:
MB

Posted May 30, 2020 at 02:44pm
May this memorial tree for my cousin, Don Poston, thrive and bring many the joy of its shade and comfort for years to come. 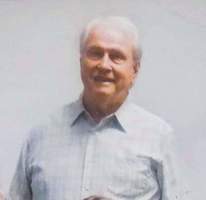