To share your memory on the wall of Dixie Jenogan, sign in using one of the following options:

Dixie was born August 27, 1935 in Tinsman, Arkansas to Carolyn and Homer Williams, the first born of eight children. Being the oldest, she had to help care for her brothers and sisters while her parents worked their farm. The responsibility of looking after her siblings stayed with her throughout her life. After her marriage in 1953, she provided a home for them with her own family. She wanted to help them get a good start in life. She moved to Golinda in 1997 after leaving the Fort Worth area and went to work at Robinson Junior High cafeteria. After retirement, she wrote a book based on a childhood story told to her while growing up in Arkansas about a man who buried a treasure which was never found. In 2013, “Moffett’s Dead Secret” came out and she was a published author at age 78. This is one of her proudest moments.

Receive notifications about information and event scheduling for Dixie

We encourage you to share your most beloved memories of Dixie here, so that the family and other loved ones can always see it. You can upload cherished photographs, or share your favorite stories, and can even comment on those shared by others.

Posted Jul 23, 2020 at 09:21am
Only spoke to her a few times but she was a very sweet lady. Prayers for peace and comfort to the family.
Comment Share
Share via:
HS

Posted Jul 21, 2020 at 05:48pm
Sorry for your loss, our thoughts are with you. From the Vrataric/Huffman Family. Liz, Mario, Haley & Caitlin

Flowers were purchased for the family of Dixie Jenogan. Send Flowers

Posted Jul 21, 2020 at 12:35pm
She was fun to work with and always kept us laughing. I will miss sitting on the porch visiting with her. She was a very sharing person and a good Christian woman.
Comment Share
Share via: 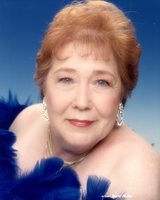