To share your memory on the wall of David Day, sign in using one of the following options:

Receive notifications about information and event scheduling for David

You will receive any future notification messages.
No funeral details available.

We encourage you to share your most beloved memories of David here, so that the family and other loved ones can always see it. You can upload cherished photographs, or share your favorite stories, and can even comment on those shared by others.

Posted Jan 21, 2020 at 08:33pm
We had many connections with David Day and his family. We both owned schnauzers that were close members of our respective families. We were neighbors living in military housing at Fort Hood. We both had a connection through our families with Oklahoma. Our children were close in age. He and I were aviators who served in Vietnam. He flew choppers and I flew transports. We both are patriots who quietly supported our country with quiet dignity. David demonstrated "nap of the earth" flying which was foreign to the Air Force at that time. I slept on their couch when they were stationed in Germany and I was deployed in support of NATO. She came to our new home in Sherwood, Arkansas to help us hang pictures. We both retired from military service and continued to be involved in aviation as a second career. We were both friends and I will miss him to the end of time.
Our condolences to his wife and daughters.
Comment Share
Share via:
FW

Posted Jan 08, 2020 at 11:53pm
It was a honor to work with a dear friend and colleague. Thank you for your service for the United States of America and your loyalty to TSTC and our Departmental Programs.
You will be missed. I remember going to Washington when I met your brother, I thought you had followed me up there. You and your brother must be twins! God Bless.
Frank
Comment Share
Share via:
DT

Posted Jan 08, 2020 at 04:27pm
All of us at Providence Hospice wish to extend our heartfelt condolences to David's family and friends. He was truly a gentleman. It was a privilege and an honor for us to be a small part of his life in providing care and support to him and his dear wife, Sherrie. I know you have wonderful memories of your life together. May you know God's peace and comfort in the coming weeks, months, and years. Thank you for letting us take care of him.
Chaplain Danny Tomlinson
Comment Share
Share via: 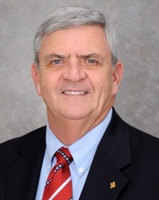