To share your memory on the wall of Charlotte Watkins, sign in using one of the following options:

Print
Charlotte Louise Watkins, 77, of Lorena, passed away at home on Friday, August 7, 2020. A private family graveside service will be held.

Charlotte was born October 30, 1942 at Scott & White Hospital in Temple,TX. She was raised in Templ... Read More
Charlotte Louise Watkins, 77, of Lorena, passed away at home on Friday, August 7, 2020. A private family graveside service will be held.

Charlotte was born October 30, 1942 at Scott & White Hospital in Temple,TX. She was raised in Temple by her mother, Margaret Davis Miles, and stepfather, Weldon “Shorty” Miles. She graduated from Temple High School in 1960 and married the love of her life, Donald Watkins, on March 20, 1965. Charlotte and Don were married for 55 years. They became Waco residents in 1973 and Lorena residents in 1992.

Charlotte was a life-long member of the church of Christ, and was involved in church activities as long as her health permitted it. As a young mother, she was deeply involved in her children’s activities, such as Cub Scouts, Brownies, soccer, and T-ball. She was an enthusiastic supporter of animal welfare, whether it was next door or around the world.

Charlotte was preceded in death by her mother and step-father.

Charlotte would have wanted any memorials to be in the form of donations to the humane society, animal rescue or wildlife charity of your choice.
Read Less

Receive notifications about information and event scheduling for Charlotte

We encourage you to share your most beloved memories of Charlotte here, so that the family and other loved ones can always see it. You can upload cherished photographs, or share your favorite stories, and can even comment on those shared by others.

Posted Aug 22, 2020 at 03:38am
Such a sweet and wonderful soul! I’m very sorry to the family for your loss. Prayers for you all.
~Tonya Uptmor
Comment Share
Share via:
SH

Posted Aug 11, 2020 at 11:08am
Dear Watkins Family,
Our Bluebonnet Hospice Family is so sorry for your loss. Please know we are thinking of you and praying for you in the days ahead.
God bless and keep you,
The Owners and Staff of Bluebonnet Health Services (Hospice)
Comment Share
Share via: 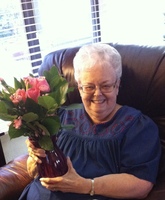 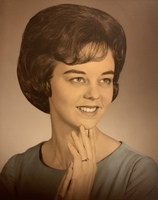