To share your memory on the wall of Burl Griffin, sign in using one of the following options:

Receive notifications about information and event scheduling for Burl

We encourage you to share your most beloved memories of Burl here, so that the family and other loved ones can always see it. You can upload cherished photographs, or share your favorite stories, and can even comment on those shared by others.

Tom Hesse, The Martinez Family, and other have sent flowers to the family of Burl Kenneth Griffin.
Show you care by sending flowers

Posted Aug 16, 2020 at 11:27pm
Burl built our house in Aquilla, TX back in 1986. He started July 4th. We'll never forget that. We slept in the house our first night February 14, 1987. Its a beautiful home to us and our family. Kenny, his son, built our fireplace. Burl had a great bunch of contractors that contributed to the home we have. We loved his sense of humor, pride in his work, and love of country. Our sincere condolences to his entire family. We know he was proud of all of you. May he rest in peace. Dr. Ray & Julie Jensen
Comment Share
Share via:
TH

Posted Aug 14, 2020 at 06:34pm
Although I never met Mr. Griffin I can tell by the stories Todd has told me he was a great man and wonderful father. Thoughts and prayers to you all.

Flowers were purchased for the family of Burl Griffin. Send Flowers

The Martinez Family purchased flowers for the family of Burl Griffin. Send Flowers

Posted Aug 12, 2020 at 07:06pm
I have such great memories of Mr Griffin (he made me call him Burl) and spending so much time at his house hanging out with Todd was something I’ll never forget. I loved his wisdom and humor. I’m sure I hold the record for eating the most deer breakfast sausage. Burl would always remind me of how much sausage me and Todd ate every time I saw him over the years. God be with the Griffin family and Mrs Griffin especially during this time.
Love always,
Kellis Sampson
Comment Share
Share via: 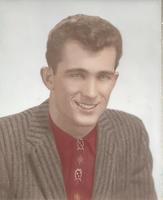