To share your memory on the wall of Billy Loden, sign in using one of the following options:

Provide comfort for the family of Billy Loden with a meaningful gesture of sympathy.

Billy was born March 2, 1934, in Waco, Texas, to Benjamin and Birdie (Diver) Loden. He served in the US Army during the early 50’s. Upon discharge, he attended Baylor University, graduating in 1962. He helped run his family’s business, “Loden’s Snow Cones”, in Waco. Billy owned and operated Loden Guns Shop in Robinson for many years. He retired from the US Postal Service after 26 years as a Rural Letter Carrier in Lorena, Texas.

Billy was preceded in death by his parents; his siblings, BF Loden, Winnell McMinn and husband John, Ralph Loden, and Truman Loden and wife Jeanette.

We encourage you to share your most beloved memories of Billy here, so that the family and other loved ones can always see it. You can upload cherished photographs, or share your favorite stories, and can even comment on those shared by others.

Posted Oct 24, 2019 at 10:23pm
Mr. Loden had a quick wit, he was gracious and he had a personality that filled a room. He always had kind words to say and my students and I always looked forward to our visits with him. I will miss him and I am better for knowing him. God bless his family.
Comment Share
Share via:

Posted Oct 23, 2019 at 04:06pm
Bill was a kind, loyal and true friend to us, especially in his friendship and relationship with Hani. His family is in our prayers as you go through this tremendous loss. He and Hani were in regular contact, as recently as only last week. Bill was a hard worker all his life, and excelled at everything he did. He was a sensitive and gentle man. We will truly miss him as he has been in our lives for many years. Sincerely, Hani and Nancy Sidarous
Comment Share
Share via:

Thank you so much for the gracious comments. I know Dad thought a lot of Hani and you. - Bill Loden (son) 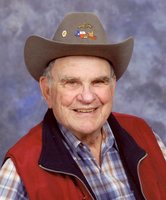