To share your memory on the wall of Betty Strom, sign in using one of the following options:

Receive notifications about information and event scheduling for Betty

We encourage you to share your most beloved memories of Betty here, so that the family and other loved ones can always see it. You can upload cherished photographs, or share your favorite stories, and can even comment on those shared by others.

Flowers were purchased for the family of Betty Strom. Send Flowers

Posted May 26, 2020 at 11:17am
Dear Mr. Strom and Family,
The Bluebonnet Hospice Family is holding you in our prayers and in our hearts during this time. Please know that we are grieving with you during these days.
God bless and keep you,
The Owners and Staff of Bluebonnet Health Services (Hospice)
Comment Share
Share via:
T

Posted May 26, 2020 at 10:53am
Thank you, Jesus for this Beautiful lady! It was a blessing to know her and to have a few words. Her smile was encouraging! She will be missed. She fought the good fight. RIP, Betty.
Comment Share
Share via:
HS

Flowers were purchased for the family of Betty Strom. Send Flowers 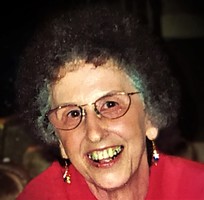