To share your memory on the wall of Alton Kenneth Jones, sign in using one of the following options:

Kenneth was born near Irene, Texas in Hill County on November 16, 1927 to Marion Andrew and Oma Mignaire Garrison Jones. His siblings included two younger brothers, Weldon R. Jones and Wayland B. Jones and an older sister Anita Faye Stinson. Shortly prior to his passing, he affirmed that he had accepted Jesus Christ as his personal Savior. Kenneth was a Veteran of the United States Army serving in 1945 during World War II. His first child, Alton Kenneth Jones, Jr-Easton was born soon after he returned from the military. Alton “Kenneth” Jones and Geraldine “Jerri” Hudspeth were married in 1949. Two daughters, Barbara Elaine Attaway and Paula Hoover were born to this couple. Kenneth Jones enjoyed hunting, fishing, dominoes, gardening and yard sales. He retired from the Waco Veterans Hospital in 1975 and devoted his time to real estate and handyman endeavors fulltime.

This beloved family man was preceded in death by his parents; sister; brothers; and daughter, Barbara Attaway.

Special thanks to the doctors and nursing staff at Waco VA Medical Center where Kenneth resided happily for many years.

In lieu of flowers donations may be made to your favorite charity. Please support our veterans!
Read Less

Receive notifications about information and event scheduling for Alton Kenneth

We encourage you to share your most beloved memories of Alton Kenneth here, so that the family and other loved ones can always see it. You can upload cherished photographs, or share your favorite stories, and can even comment on those shared by others.

Posted Nov 11, 2020 at 05:51pm
Uncle Kenneth was always good to me. I remember all the times that I would spend summers with him and Aunt Jerry when I was young and they lived on the Circle off I-35. They always showed me a good time. I remember the time that Randy, Kim and I went to the Colorado River with Uncle Kenneth and Aunt Jerry fishing. We had such a great time with them. They were always very loving. I am going to miss him. Cindy Hibbs - niece.
Comment Share
Share via: 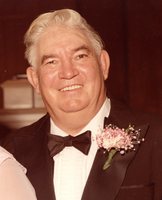