To share your memory on the wall of Adeline Quinones, sign in using one of the following options:

Provide comfort for the family of Adeline Quinones with a meaningful gesture of sympathy.

She was a faithful and devoted member of Sacred Heart Catholic Church in Waco and served in numerous activities including CCD teacher, Guadalupanas, Eucharistic minister and as organizer of prayer meetings. She maintained her faith by attending countless spiritual retreats and conferences. She enjoyed family get togethers, spending time with her grandchildren, playing games, and watching sports like baseball, golf and her favorite Dallas Cowboys. She will always be remembered for her service and love for God, family and children.

She was preceded in death by her parents, 4 brothers – Robert, Lawrence, Gene and John, and 1 sister – Dora, and her eldest son Roy Jr.

The family would like to express their sincerest and heartfelt gratitude to her Hospice care nurses and staff, especially Susan, for taking such loving care of our mother. And for her Right at Home staff for their help in her final days.
Read Less

We encourage you to share your most beloved memories of Adeline here, so that the family and other loved ones can always see it. You can upload cherished photographs, or share your favorite stories, and can even comment on those shared by others.

Posted Jan 28, 2020 at 11:25am
Dear Quinones Family,
The Baylor Scott & White Hospice would like to extend to you our deepest sympathy. Thank you for allowing us to care for Mrs. Quinones and please know you are in our thoughts and prayers.
Comment Share
Share via: 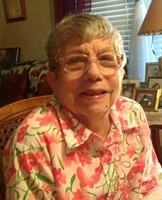