In Memory of
Diana Catherine
Shrum (Kouba)
1943 - 2017
Click above to light a memorial candle. 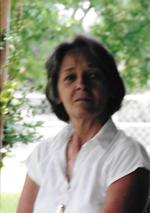 Diana Shrum, 74, of Eddy, TX, passed away on Wednesday, August 30, 2017, at Senior Care Marlandwood East in Temple, TX. She lost her battle with dementia. Services are pending.
Diana was born March 9, 1943, in Cincinnati, OH. She worked a variety of jobs, including secretary-receptionist at KCEN-TV, Gillig Corp., in Hillsboro, TX, and eventually retiring from Marathon Power Technologies.
Diana is survived by her husband of 36 years, Larry Shrum, of Eddy; children Cassandra Christian and husband Cris Smith of Elm Mott, Todd Chester and wife Joyce, of Tyler, Tricia Long and husband Richard of Belton, TX; step-children, Tracy Vela and husband Gilbert of Waco, TX., Larry T. Shrum and wife Judy of Elm Mott, TX., sisters, Gail Spencer of Waco, TX., and Rita Lamar and husband Bill of Moscow, OH., brother, James Christy, of Cincinnati, OH; along with numerous grandchildren and great-grandchildren.
The family would like to give a special thanks to the staff and nurses at Marlandwood East Nursing Home, in Temple, TX, and to Bluebonnet Hospice Care of Waco, TX, especially to Lawrence of Bluebonnet Hospice, for his compassion and professional care. God bless everyone who took care of Diana.