In Memory of
Lawrence Joseph "Larry"
Roegner
1933 - 2016
Click above to light a memorial candle. 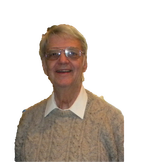 Lawrence Joseph Roegner, 82, of Bruceville, passed peacefully from this earth on Monday, April 11, 2016. A memorial service in his honor will be Friday, April 15 at 1:00 p.m. at Pecan Grove Funeral Home, 3124 Robinson Dr., Waco, with Richard Kaechler officiating.
Larry was born July 28, 1933 in Poy Sippi, Wisconsin to Henry and Ermina (nee Wollersheim) Roegner, the oldest of 7 children. He graduated from Salvatorian Seminary in 1953 and continued his education at Catholic University of America in Washington, DC, graduating with a Bachelor’s degree in Philosophy in 1956. He then took classes at Marquette College of Education and became a certified teacher of secondary science. He served in the US Army from 1959 to 1961 where he was trained to be an X-ray technician. Larry’s career in teaching began in 1961 and included serving as principal and vice-principal at different schools. During his career he moved his family to several cities, including Devine TX, Kimberly WI, Austin TX, Wealder, TX, Gonzales TX, and finally Ottine, TX, where he stayed to raise his kids.
Larry met and married Lois Mae DeGroot, a nursing student, on June 6, 1959. Together, they had 4 children. Their lives were full of camping trips and road trips home to Wisconsin. They had many friends and enjoyed hosting gatherings and attending parties elsewhere. While living in Ottine, both Larry and Lois taught Emergency Medical Technician classes to volunteers in nearby Gonzales. When Lois died in a tragic car accident on January 7, 1982, a couple they had trained arrived at the scene of the accident and then at the Roegner residence to break the terrible news to her family. After being widowed, Larry then met and married Barbara Arrington (nee Pixley) on July 3, 1984. With this marriage he gained two step-children and a partner who loved to travel and see the world with him. Together they traveled to Ireland, Germany, Alaska, and had several cruises. Larry treated his step-children as his own and they loved him in return for it.

Larry loved history, and spent many hours reading war and religious history. Larry did not concern himself with the material things of this world, but he loved to gather and celebrate life with his friends and family. For this reason, it became a tradition for his children to gather with him in the winter for Christmas and the summer for his birthday. These family gatherings meant more to him than anything you could buy him.

In 2014, Larry was diagnosed with Progressive Supranuclear Palsy (PSP), which caused a slow decline in his muscle functions. Although he slowly lost his ability to walk and care for himself, he remained sharp and alert to his surroundings until the end.

We would like to thank the staff of Gentiva Hospice in Waco and Westview Manor nursing home in McGregor for their attentive and compassionate care of Larry.